MEROPE ASSET MANAGEMENT’S FIRST INVESTMENT IN ROME: THE ACQUISITION OF A PORTFOLIO OF 10 TROPHY ASSETS WORTH APPROXIMATELY EURO 100 MILLION, WITH FURTHER INVESTMENTS FOR THE REDEVELOPMENT OF THE ASSET FOR OVER EURO 80 MILLION.

INTESA SANPAOLO AND BANCO BPM GRANTED A €100 MILLION LOAN TO SUPPORT THE TRANSACTION.
MEROPE'S OBJECTIVE IS TO CONVERT THE PROPERTIES AND REPOSITION THEM ON THE MARKET TO THE HIGHEST STANDARD.

Merope Asset Management, on behalf of the investment vehicle "Elettra", has acquired from an important international fund 10 buildings in Rome called "I Villini del Rione Sallustiano", located between Via Sallustiana, Via Boncompagni, Via Piemonte and Via Quintino Sella, a few footsteps from the most renowned embassies of the capital city and Via Vittorio Veneto, the heart of the Italian Dolce Vita.

The buildings of over 17,000 sqm are located in a centuries-old park, and collectively constitute one of capital city’s leading Trophy Assets. Once owned by some of Rome's most notable families, the buildings have hosted, among others, the headquarters of Mediocredito and Unicredit before being purchased by an international fund.

The acquisition represents one of the largest single-deals in the Rome real estate market of the year, worth roughly €100 million. Merope envisages investments for around €80 million on the buildings. The aim of the investment is to achieve the highest standards of energy efficiency by transforming and renovating the assets in a completely green way, with the objective of restoring one of the most historical and iconic area of the centre of Rome to its original splendour.

The financing for the deal was provided by two primary Italian banks, Intesa Sanpaolo and Banco BPM, with a €100 million loan split evenly between the two.

Merope Asset Management founder and CEO Pietro Croce commented: "We are very pleased to have concluded this transaction after over a year of negotiation with the seller fund. The negotiation and closing of the deal required a significant amount of energy and resources from our team. We are witnessing a phase of growth in Rome and we are proud to be part of such a decisive moment in its history. Villini del Rione Sallustiano is an iconic area of Rome's city centre and, together with our investors, we aim to transform it into a unique landmark for the city and on an international scale."

Lorenzo Niccolini, Partner - Head of Investment & Asset Management di Merope Asset Management, continued: “After the investments and important transactions carried out in Milan - an increasingly competitive market - we are excited to announce our first investment in Rome. We strongly believe in the growth of the capital's real estate market, especially in the Via Vittorio Veneto area, which is experiencing a strong repositioning".

The transaction on this portfolio is in line with the investment targets of Merope and the family offices investing with the company. This acquisition is a key component of Merope's growth strategy. Merope aims to be the leading player with private capital in the Italian real estate market where, to date, it has already invested over €800 million. 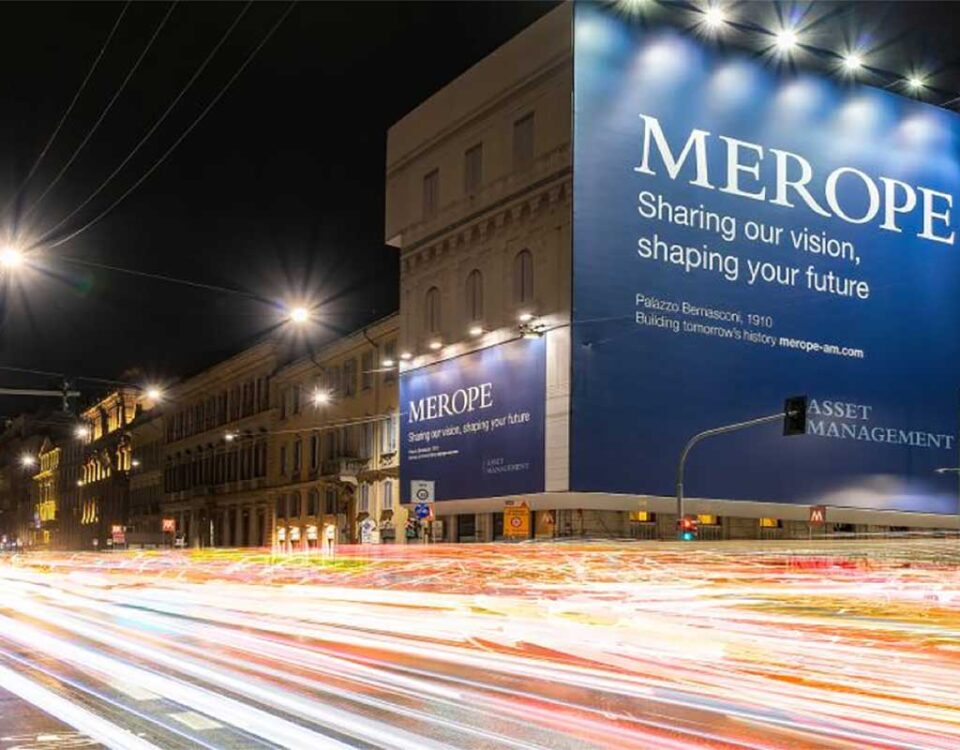